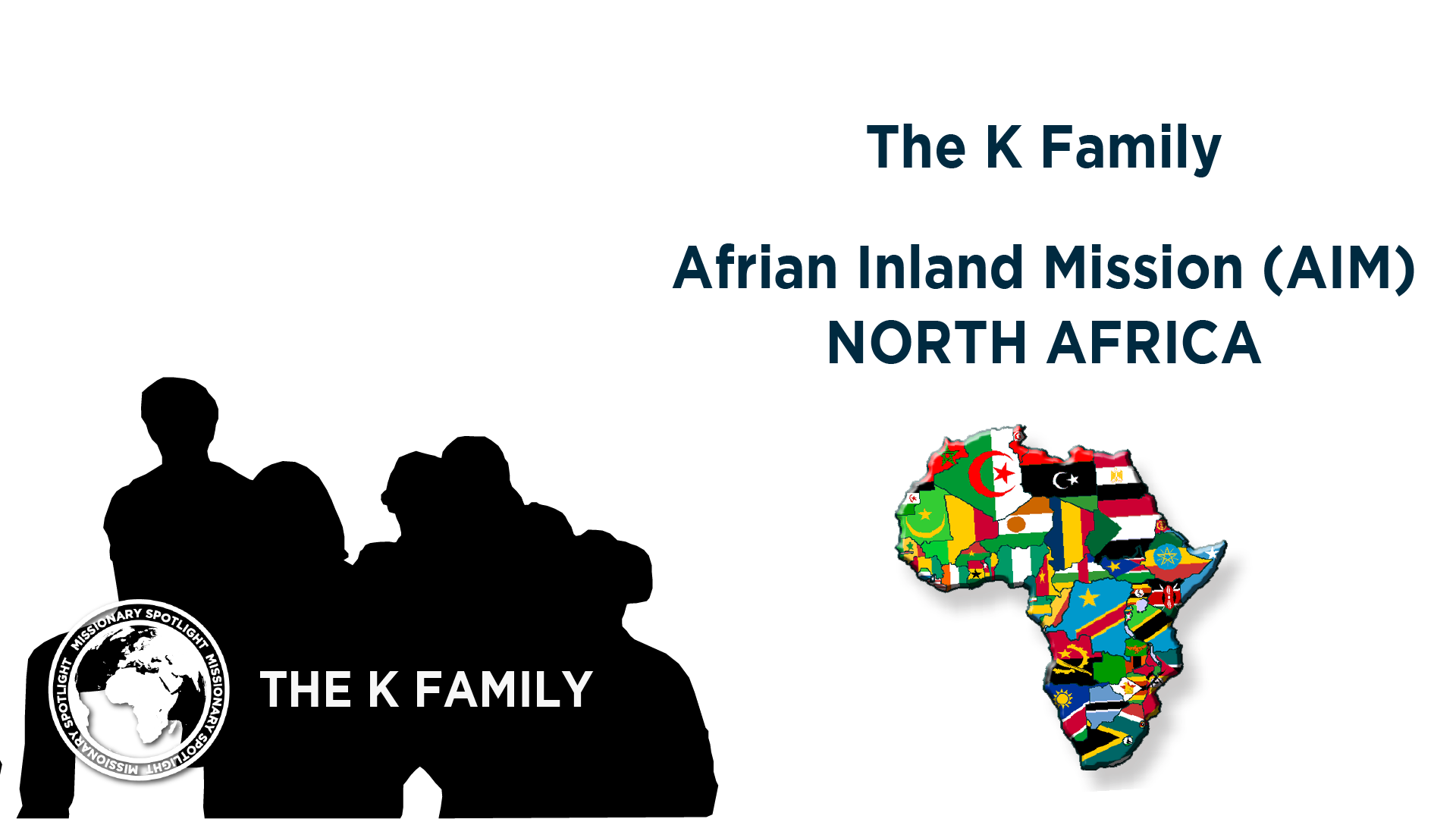 The K family of five became members of Africa Inland Mission in 1998, when they served on a church-planting team among a Folk Muslim tribe in the bush of East Africa. Afterwards they were part of AIM’s pioneer team in North Africa both as members and leaders, hosting the persecuted church in their home each week. Now they serve as the regional executive officers over North Africa, caring for the workers across the region as well as shepherding and empowering the persecuted. Your partnership with the Ks is an integral part of seeing Christ-centered churches among all African peoples.

Advocate & Pray Learn more about the AIM and how you can pray by visiting their website here.

Partner Financially You can join in on the mission by supporting the K family financially. You can give a one time gift or provide monthly support. Contact Kelly.

Want to receive The K Family Newsletter? Or to learn more? Want the K Family to share at your Community Group virtually? Fill out the form below and she will reach out!